The screening took place on an inflatable screen with a portable generator powering the projector and sound system, the location was announced a few hours before the screening with the audience bringing their own seating and popcorn. 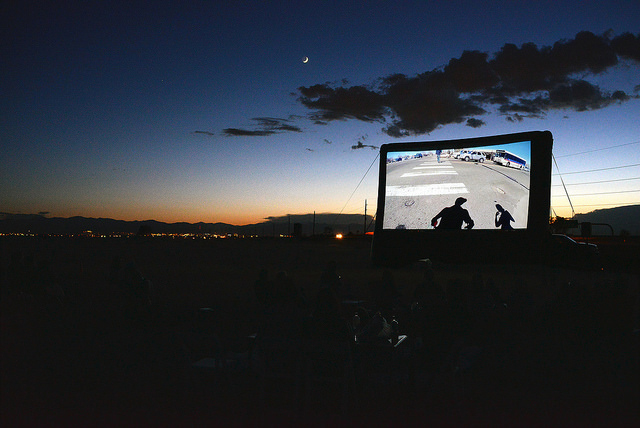 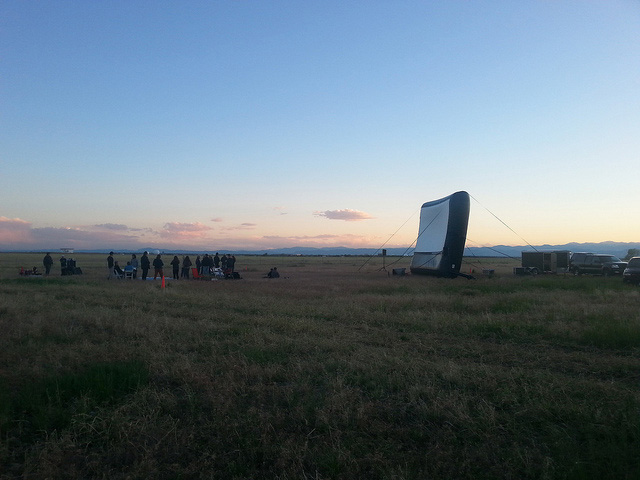 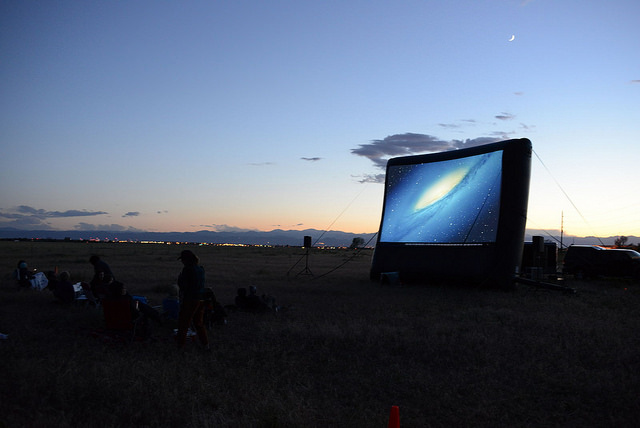 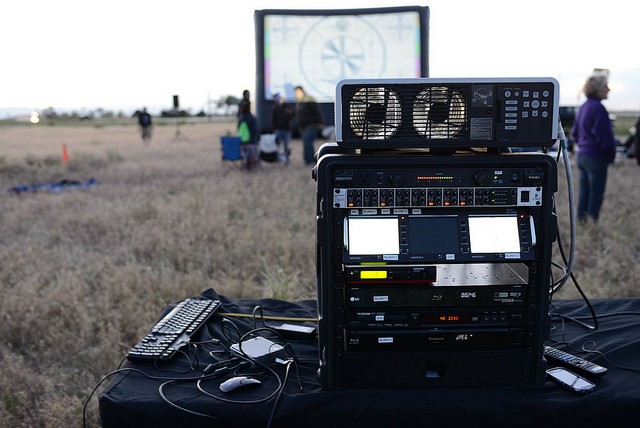 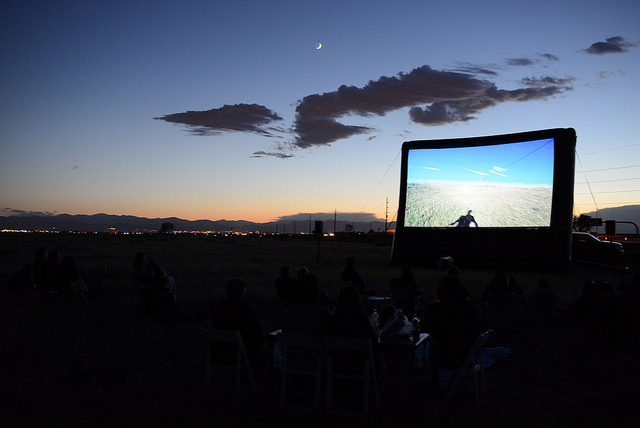 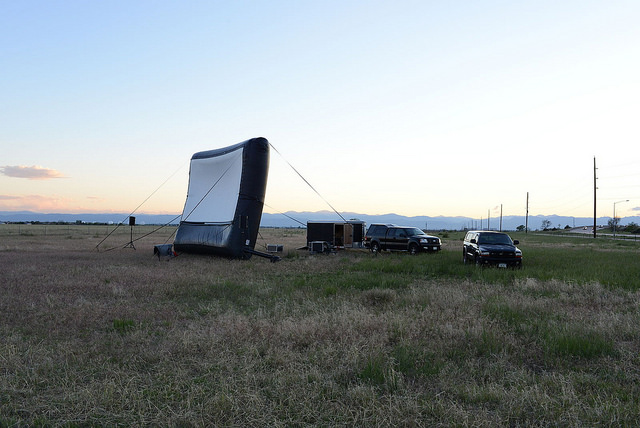 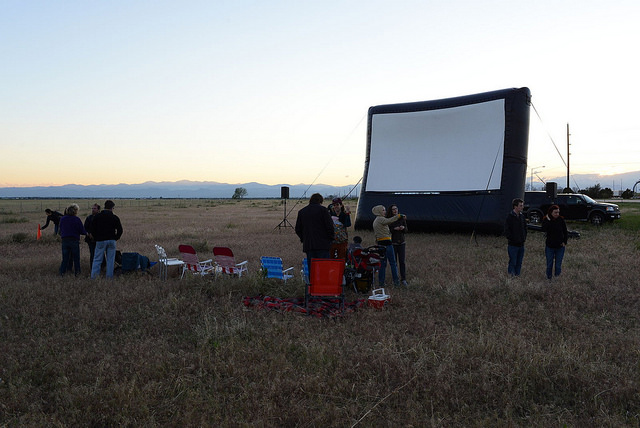 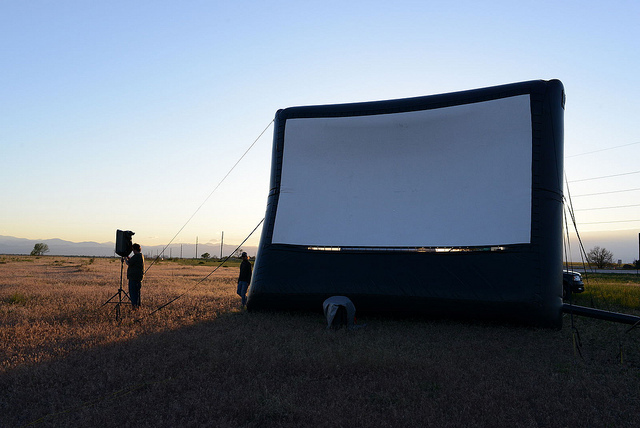