#RiseandGrind is a generative installation that data-mines Twitter to capture millions of conversations, from Twitter hashtags (#Riseandgrind and #Hustle) chosen to represent a very specific filter bubble (embodied neoliberal precarity), which are used to train a recurrent neural network to produce a biased AI that generates text for a Twitter Bot that participates in social media discourse on 24/7 internet culture.

Gallery installations of the project (Science Gallery Detroit, Tulca Festival of Visual Art Galway, and Green on Red Gallery Dublin) reveal the ongoing machine-learning training in a multi-screen array, presenting the process of machine meaning-making through various epochs with differing data-sets, setups and algorithmic parameters through a number of experimental iterations. The project seeks to make visible the processes of machine-learning, demonstrating in a playful and poetic way that machine-learning processes are dependent on the quality and sentiment of the training data. Through training the ML algorithms with an authentic data set, but one that reflects the filter bubble dynamics of its hashtags and as such is inherently biased, the text generated by the neural network amplifies this bias but does so in a way that creates and presents its own cohesive world view that is specific to the circumstances and parameters of its coding, reflecting the bias of the data and the assumptions of the algorithmic platform.

This process is visualised in the gallery with a multi-screen array revealing the mechanism of the black-box machine learning process, the Twitter data feeding the algorithm, the generated text, and a #RiseandGrind neon piece responding to live activity on its hashtag. Throughout the exhibition's duration these tweets evolve from nonsense to well-honed texts that encapsulate the spirit of the new economy, almost indistinguishable from the real thing.


#RiseandGrind was commissioned for the inaugural exhibition of the Science Gallery Lab Detroit. 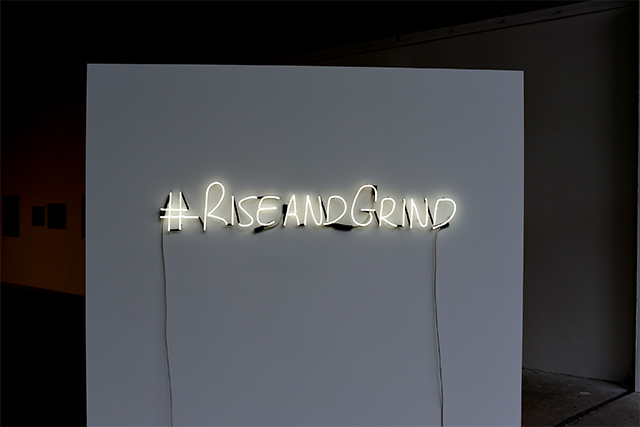 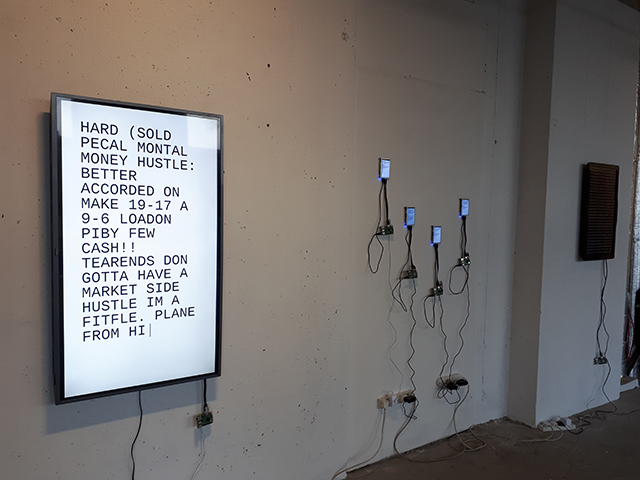 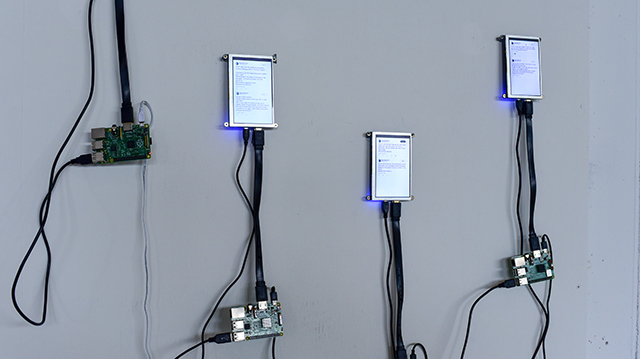 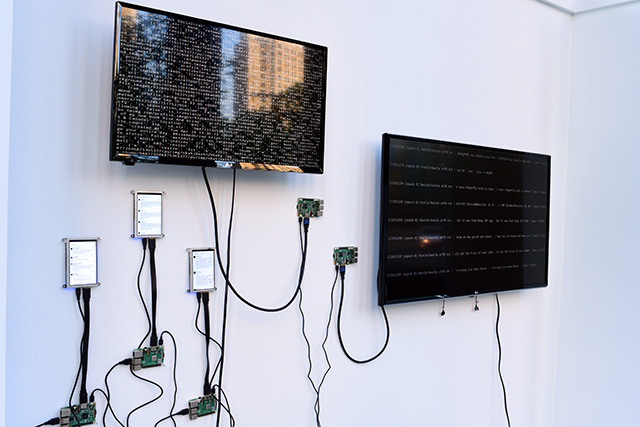 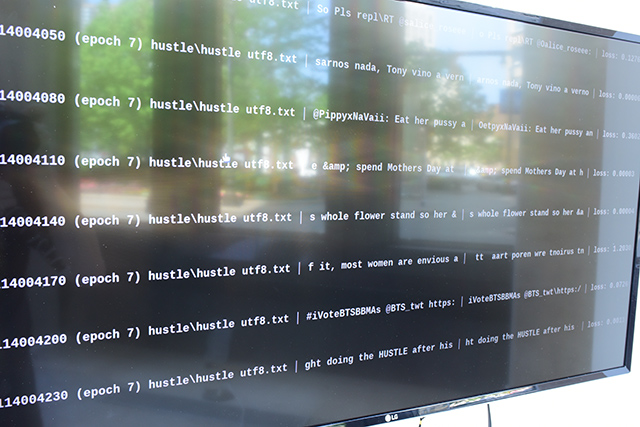 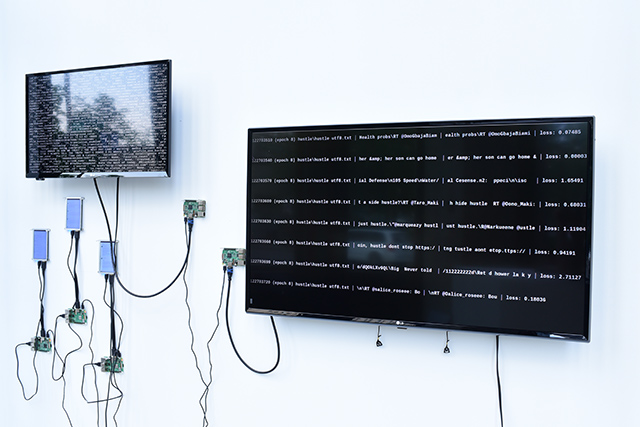 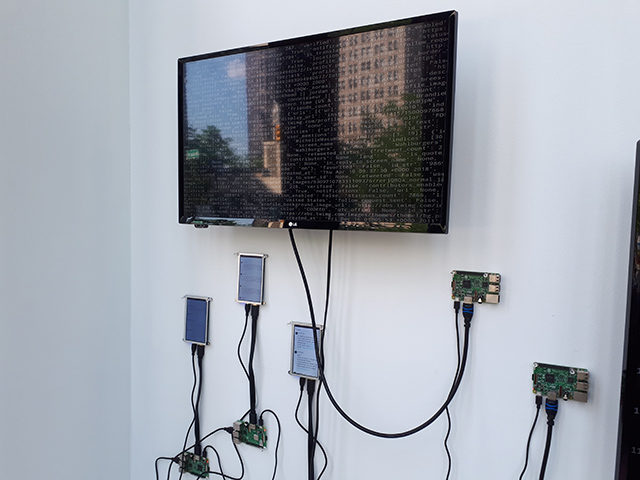