reflects on the materiality of the digital processes that connect a town like Skibbereen to the global network; collapsing distances through high speed data transfers that are, even in this era of the cloud, still reliant on physical infrastructure. The project begins with the landfall of the Hibernia Express, a 4,600km transatlantic fibre optic cable and Ireland’s fastest connection to the world, on Garretstown beach in 2015. On visited the beach I discovered that there is nothing to see, because as with much of the connections that enable the digital age, this major piece of critical infrastructure is hidden from view. This work set out to make visible some of these processes at work in our everyday digital world.

Undersea begins with a photograph of the site of landfall. This scene was digitally captured and stored as a data file, a representation encoded as data. This digital file was then repeatedly transferred around the world via email with its specific routing traced so that it was, in all probability, transmitted at the speed of light via the same fibre optic cable that the image represents.

The code of the digital file was then altered to insert additional information on the materiality of the cable: its undersea route and physical properties, its engineering and location, and its process of transferring data, into the code of the image itself. This process introduced glitches thus making visible traces of the materiality and operation of the cable and the code of the image. Finally, the image was over layered with the hexadecimal code that composes the image we see, in a final revealing of the mechanisms underlying the production of the image and its circulation through the network. The same network that underpins Skibbereen’s digital town

The project was commissioned for Signs of the Times for Skibbereen Arts Festival 2019 and installed on a billboard from July to September 2019. 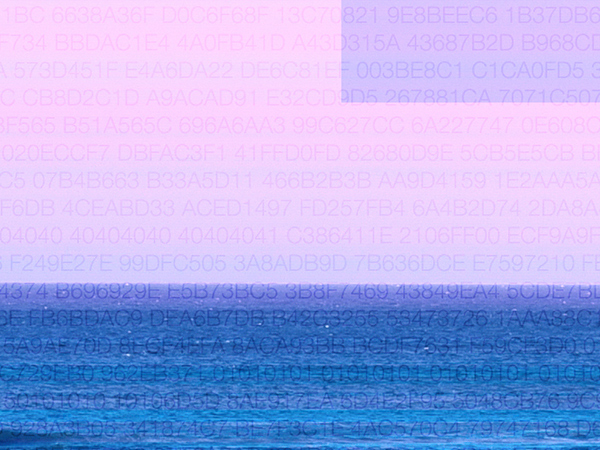 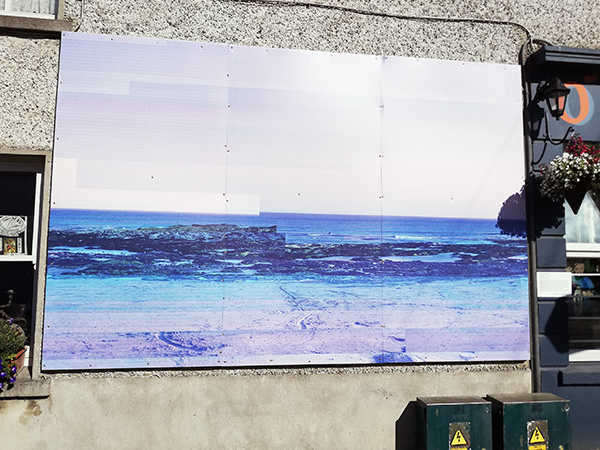 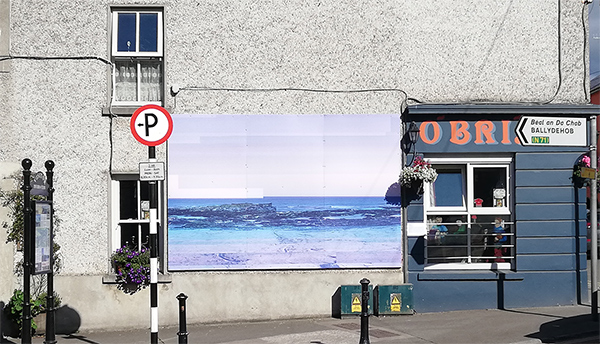