Was a net art project active from 1999-2002 and still archived at www.stunned.org/spook

Spook... is a distributed net.art work which explores issues of surveillance and monitoring on the web with an interactive website based on the conventions of computer gaming and an ongoing series of cyber interventions across the network.

At a time when the US military were found to have monitoring most communications in Europe with "Echelon" it seemed appropriate that this project would "watch the watchers". The mechanism was to record military hits on my site, Stunned.org, to track one and use its traces and map its trajectory through the network and from this to deduce its purpose.

The project tracked the surfing activities of a particular military server with the identifier "gate1.mcbbutler.usmc.mil" using the "Spook-Bot" bot. All sites visited by this server are re-presented on the Spook... site allowing users to re-enact their activities. By browsing the Spook... site and following each link the visitor partakes in a virtual performance by emulating exactly the activities of unknown military personnel from Camp Smedley D. Butler.

The site leads the viewer on a tour of the web seen from a particular perspective with a strong conspiracy theory flavour, from Guerilla Solar to mail order Russian brides, Black Choppers, remote viewing, mind rays, numbers stations, echelon and message boards advising how to put romance back in your relationship.

In addition to tracking the path of the server server Spook-Bot was programmed to visit and index all other military sites visiting the Spook... site, during the active period of the project up to 2001.

The project is its current state is an archived version with removed pages recreated from contemporaneous backup copies, offering a unique snapshot of the internet circa 2000. 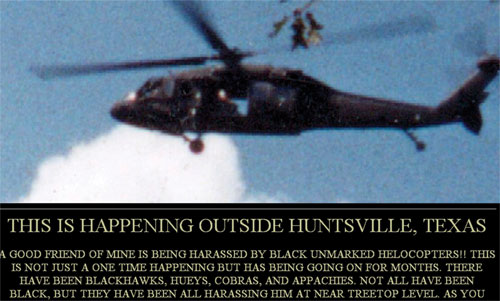 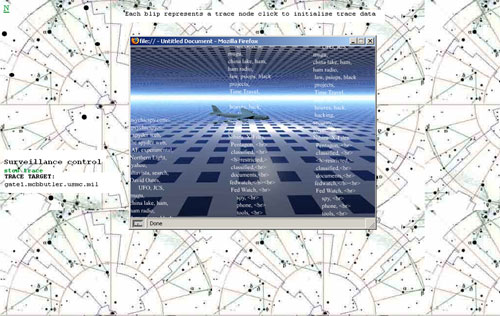 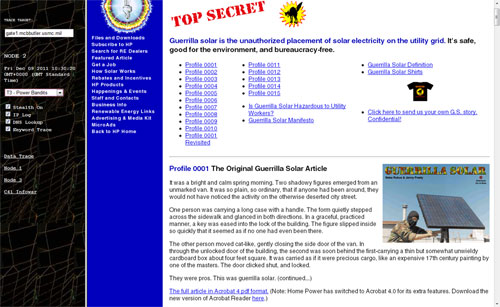 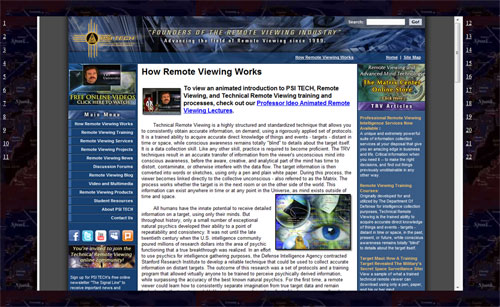 Click the image above for a gallery of Spook... screens