Walking West
Walking West was a durational walking art performance by Conor McGarrigle that took place along the 26.2 miles of Denver's Colfax Avenue, the longest continuous street in the United States on April 11 2014

Walking West acts as a psychogeographic exposition of Denver as it traverses its best known, and most controversial street (once dubbed the longest, wickedest street in America by Playboy Magazine) moving from the eastern plains through the heart of downtown toward the west.

The very act of walking in the city has become a marginalized practice in many American cities yet by walking we can experience the city itself, at a human pace, as a space of discovery and encounter. The symbolic act of walking Colfax Ave acts as a lens to focus discussion on the role of the street in the cultural, social and political life of Denver.

The path was marked with a physical line as a GPS device simultaneously traces a virtual digital line along the route, the route was also captured from space by a commissioned satellite photograph.

Walking West seeks to inscribe the virtual on the physical as it combines the physical act of walking with the ephemeral digital traces of its GPS track and the invisible actions of a satellite 400-miles above capturing the scene.

The performance itself is the first stage of the project. A film documenting the walk featuring footage captured from the line marking device was shown in a special screening on the prairie east of Denver near the starting point for the Walking West walk for the The Prairie Picture Show. The large scale satellite photograph will be exhibited as a print in a future exhibition.

Walking West from Stunned on Vimeo. 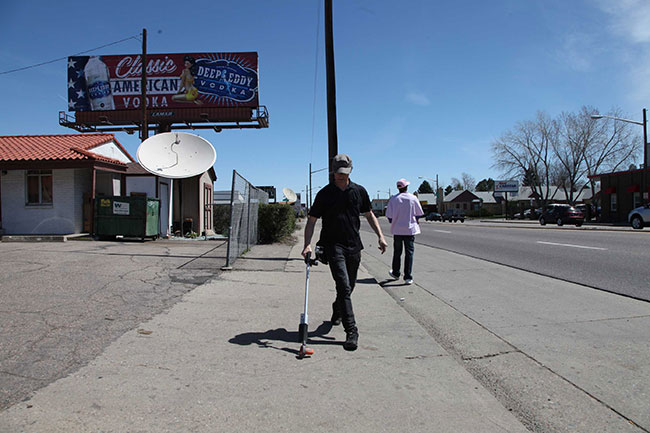 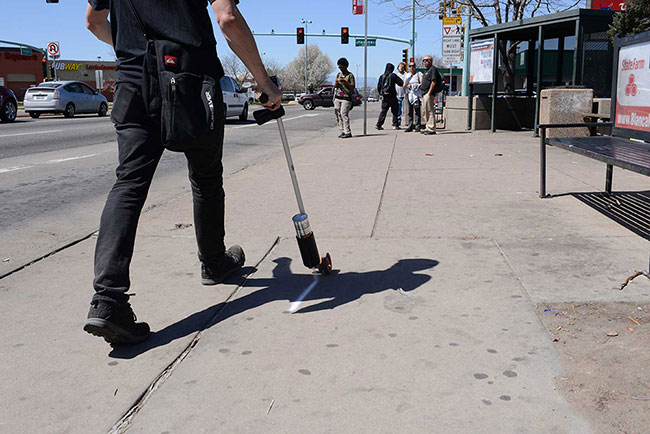 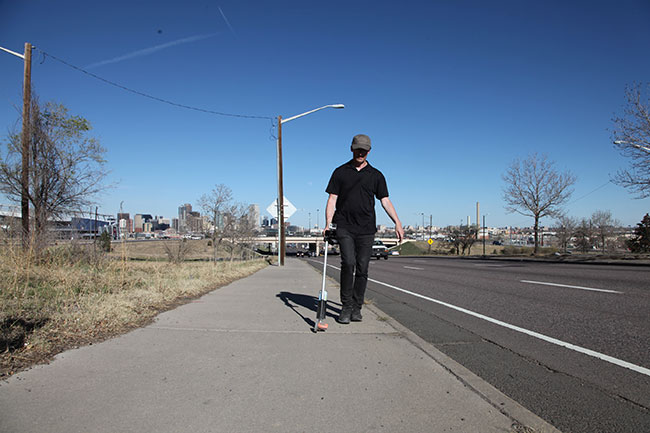 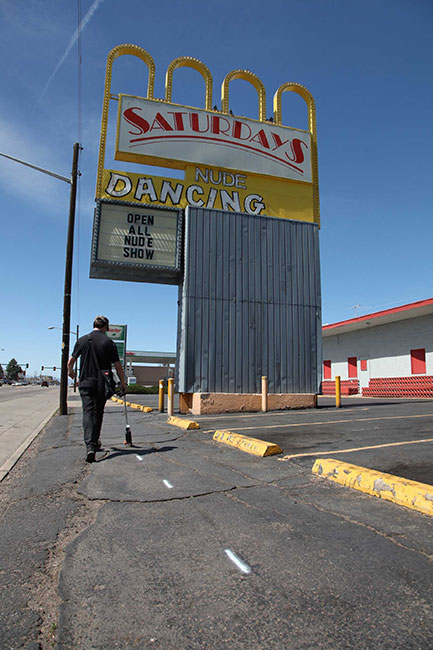